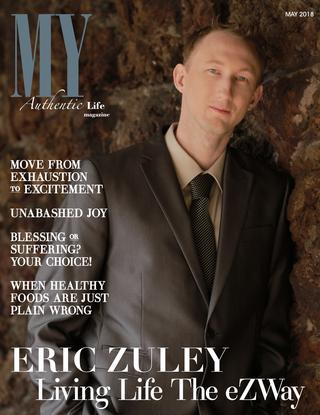 WHO IS ERIC ZULEY?

CEO of the eZWay Empire

For over twelve years Eric Zuley has been cultivating his skills in the art of Innovative Digital Promotions. While Reporting, Blogging and Networking, Zuley has been introducing the corporate world to Hollywood, in what has been dubbed “The EZ Way,” for his globally recognized Brand EZ Way Broadcasting.

For over a decade, Eric’s Networking skills have allowed him to cover major Hollywood Entertainment events, enabling EZ Way to amass a base of over one thousand plus Celebrities, which include: Singers, Producers, Actors, Directors, Studio Heads, Writers, Designers, Models, and a conglomerate of Media entities.
Eric Zuley has been recognized by Congress, and has been the recipient of four Awards. The accumulation of over fifteen hundred Celebrity interviews, granted him the opportunity to raise awareness and funding for over sixteen Charities. This is why the monikers: “EZ” and “Hollywood’s It Guy” are clearly apropos.

Some of his affiliate organizations include: Women of Global Change, World Dance Awards, World Prosperity Network, Multicultural Motion Pictures Association, American Society of Young Musicians, American Chinese CEO Society, ACCS, and Higher Connections Network, to name a few.
What sets Zuley apart from his competition, is his wizardry in devising immediate marketable solutions to enhance the visibility of almost any Brand. His mastery of Social Media is a testament to over ten years of Digital Branding and countless hours of honing his skills. He is at the forefront of this new digital millennium.

At present, EZ’ is approached daily by CEO’s, VP’s, and heads of many of the world’s top Businesses, Technology Corporations, Movie Studios, Philanthropists, Motivational Speakers, and Politicians to help their businesses grown and thrive int he digital age. They’re clamoring to be Digitally Branded, and to do business the EZWay, because every single one of them realizes Zuley is a Promotional Marketing phenomena.

We invite you to choose to do it The eZWay!

EZ WAY PROMOTIONS is a full-service Digital Promotion phenomenon. Offering the newest cutting edge expertise in Exposure, while possessing the highest acuity required to launch your Brand into the global elite.
EWPoffers services others simply can’t. For instance, enhancing yourvisibilitywhile maintaining yourfollowing.We refrain from Bots, Inactive Accounts, or any deception or subterfuge. We only offer authentic proven techniques.
We have an in-house Web TV, IPTV, OTT, Network EZWAYNETWORK.COM, EZWAY.TV. YouTube channel WhatUNeedTV has over 13,000,000 views.

It was formally one of Akon Konvict Muzik’s in-house Media vehicles. Our in-house Podcast Radio Station is called EZ WAY BROADCASTING, and ranks in the top 100 Stations on Blog Talk Radio, with over 1.2 million members.

Ourdistributionis very unique. We are able to resource our media partners to give our clients a reach of200,000,000+

How do we do this?Our partners are the following.Voice America(Mercedies Ben’s of Live Broadcast) We have a weekly radio show on Sat. 1-3 pm pst,Actors Reporter(Hollywood Royalty Media),

We specialize in Content Creation and Development, which will launch your Brand and Image on the Web, into the stratosphere! The bottom line is: Having substantial strength on the web when prospective clients research you, CLOSES MORE DEALS!